Ten or twenty cars cluster around Chudob watering hole, eyes searching beyond the dense foliage. The wind picks up the dust, creating a sheen of white. In the distance, the trees rustle, making way for giants. There is silence. Nobody stirs. There is an air of anticipation as several grey masses emerge above the treetop. As they move towards the watering hole, their shapes become visible. Elephants. Not just one but a herd. Everyone angles their cameras towards the elephants as they quench their thirst and cool off in the waters.

There is something intimate about the uninhibitedness of nature-watching. Then there is the thrill of the unexpected. That while the elephants are engaging in their frivolous fun at the waters, a pride of lions could be eyeing the calf, watchful for the right moment. No one knows what the next second will bring as we wait for the magic hour.

Etosha National Park is aptly named the animal kingdom. The bone-dry winter means that wildlife of all shapes and sizes congregate at the waterholes. Prides of lions encamp at Okondeka, Nebrownii and Salvadora while elephants are regulars at Olifantsrus, Chudob and Klein Namutoni. The skittish and nimble damara dik dik is a frequent sight along Dik-Dik Drive or en route to Von Lindequist Gate. Between Salvadora and Namutoni, immeasurable herds of plains game can be found grazing. But the one waterhole to watch is the legendary Okaukuejo. Anyone who has ever been to Etosha would have heard of Okaukuejo – the stage for a perpetual parade of wildlife that continues through the night. Access to Okaukuejo after dark is reserved only for those staying in the Okaukuejo Camp, where booking a room can feel like a race against time. The rooms, especially the ones with a front row seat at the waterhole, can fill up as early as a year before. 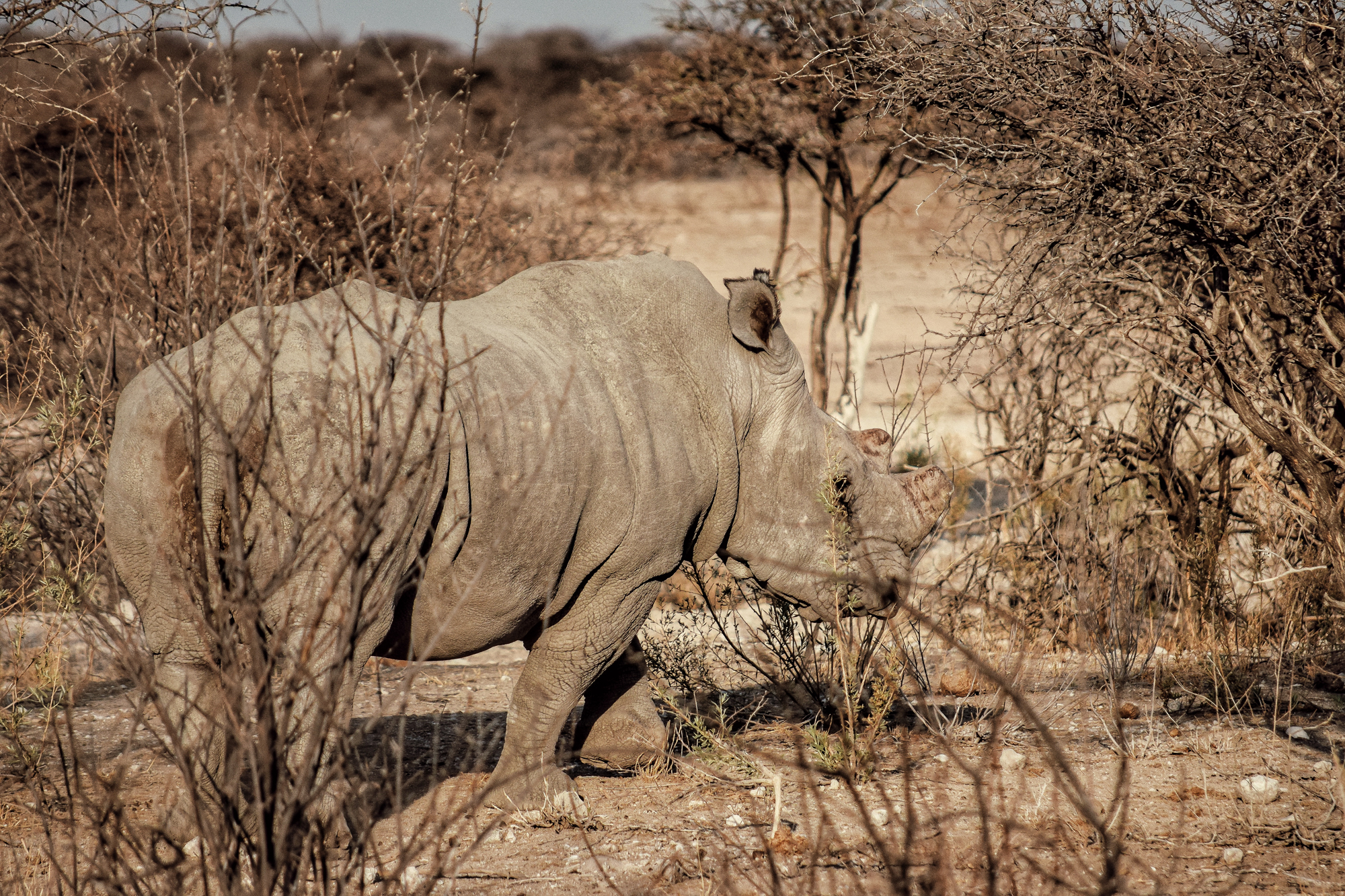 Unlike South Africa, Etosha is not big on the private reserve scene but there are still one or two top drawer reserves. Stays at the Ongava private reserve will yield some of the most mind-blowing sightings on off-road drives. The nights are primal at Ongava as lions roam the watering hole and tented camps. Its location just outside the Anderson’s Gate will get you closest to sunrise in the national park. At the eastern side of Etosha, Onguma private reserve is slightly smaller but it does not hold back on sightings. Cheetahs from Etosha are known to periodically move into the reserve for protection against predators. 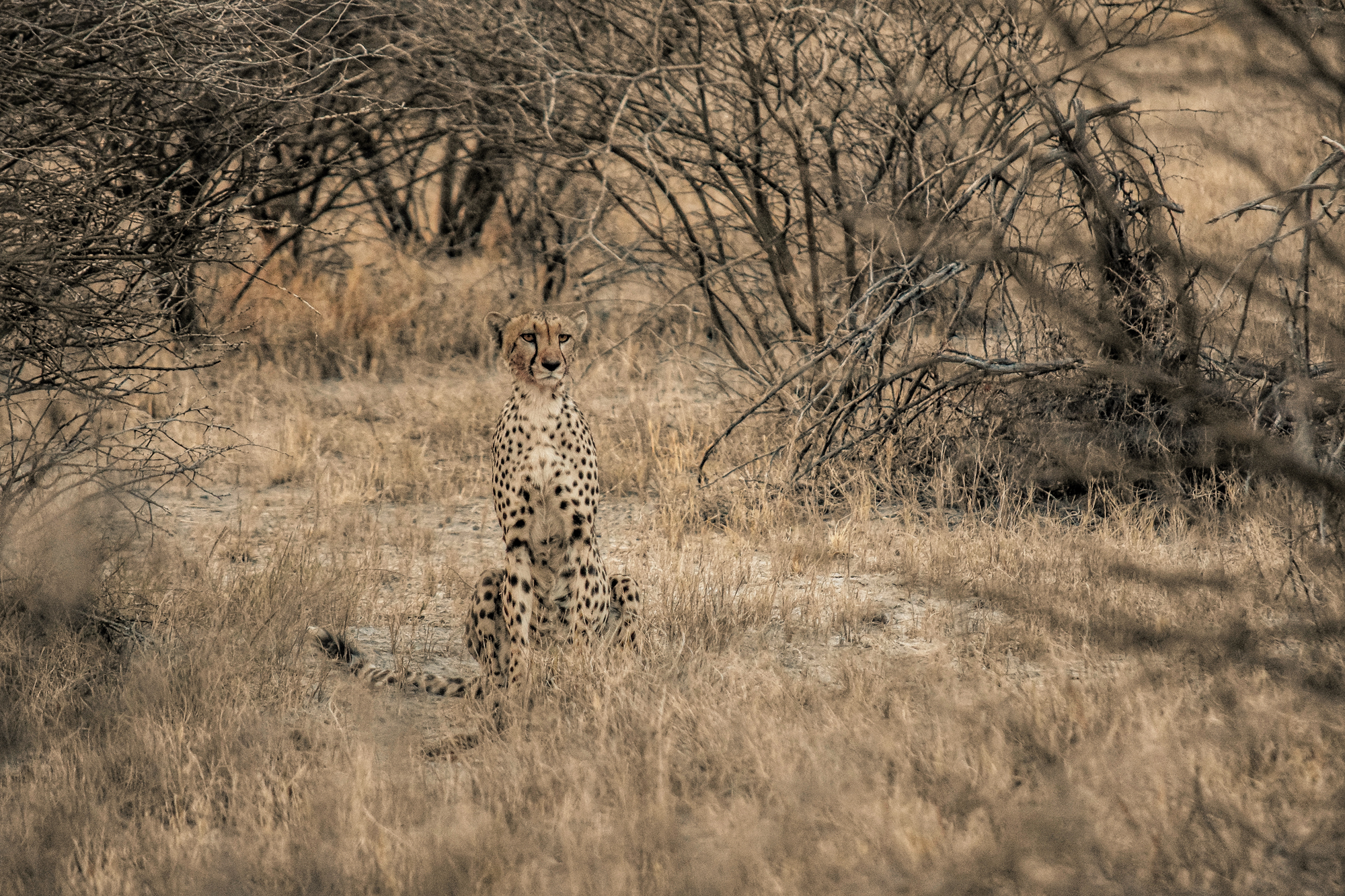 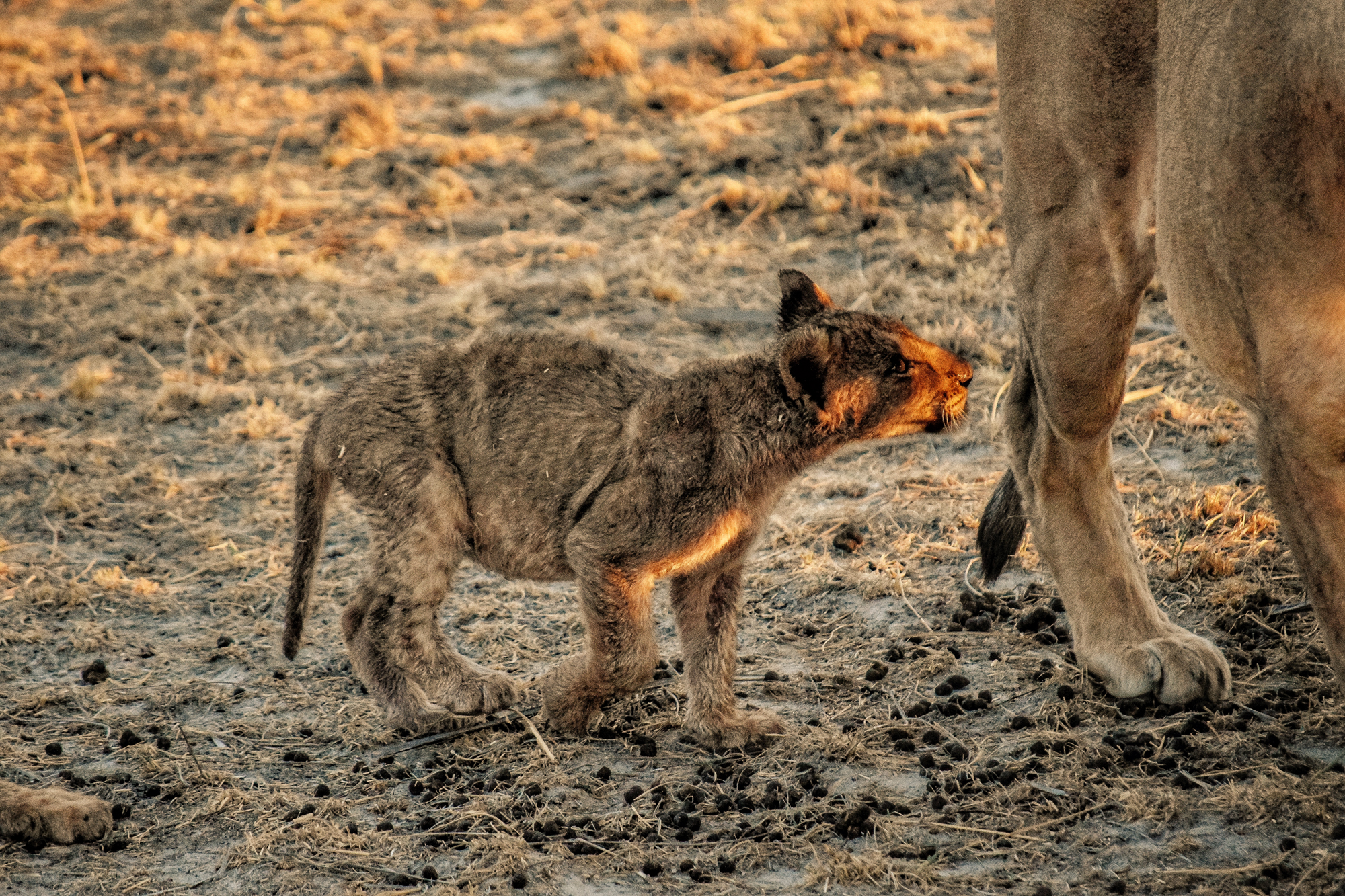 Emanya is where all would want to unwind after a long day of game viewing. Four course dinners of African-European flavours are served under the starlit sky with place settings to match. Their oryx steaks are just the right amount of game. The afternoons are best for tea and cake, a complimentary respite from the lodge. 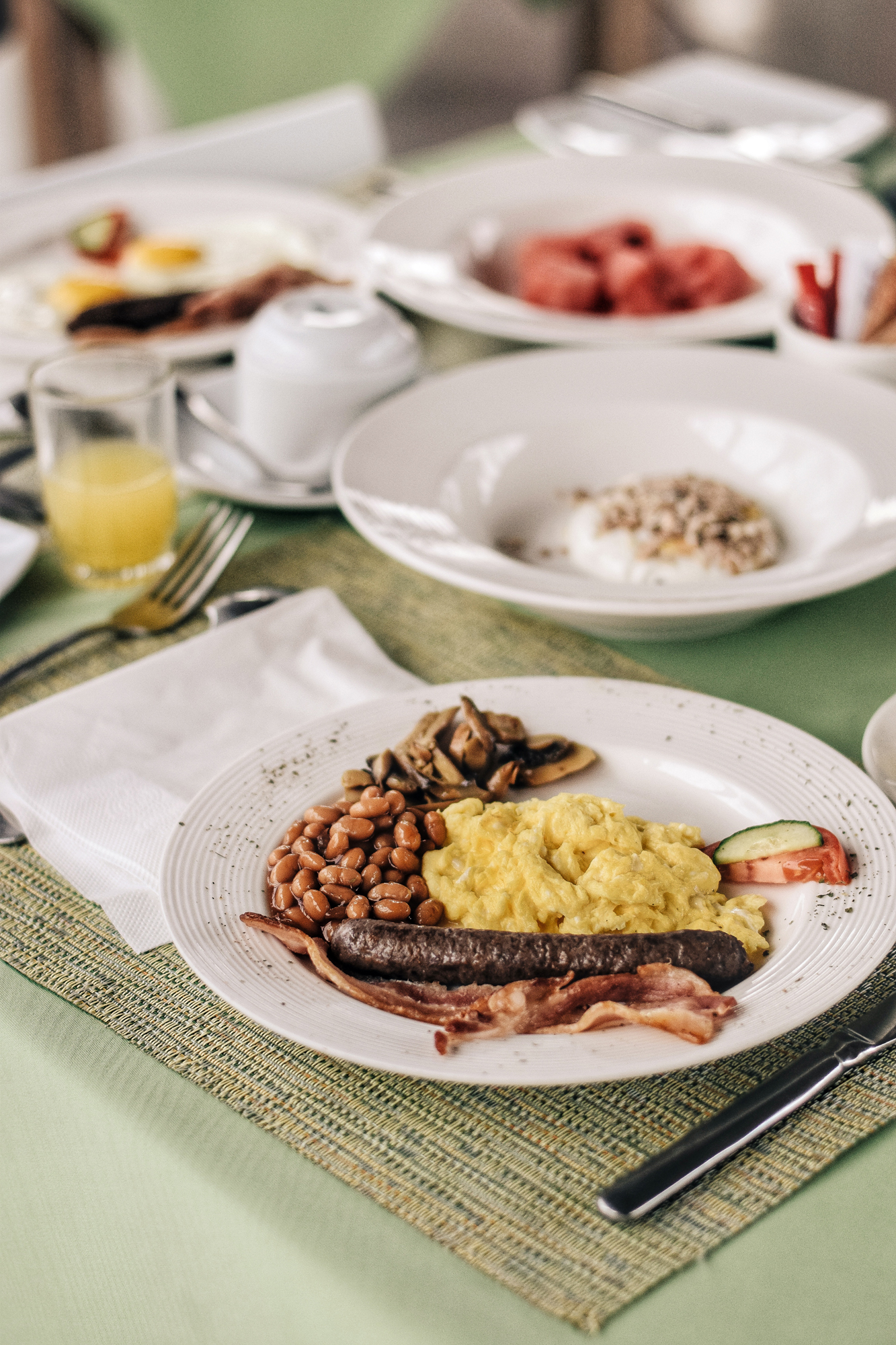 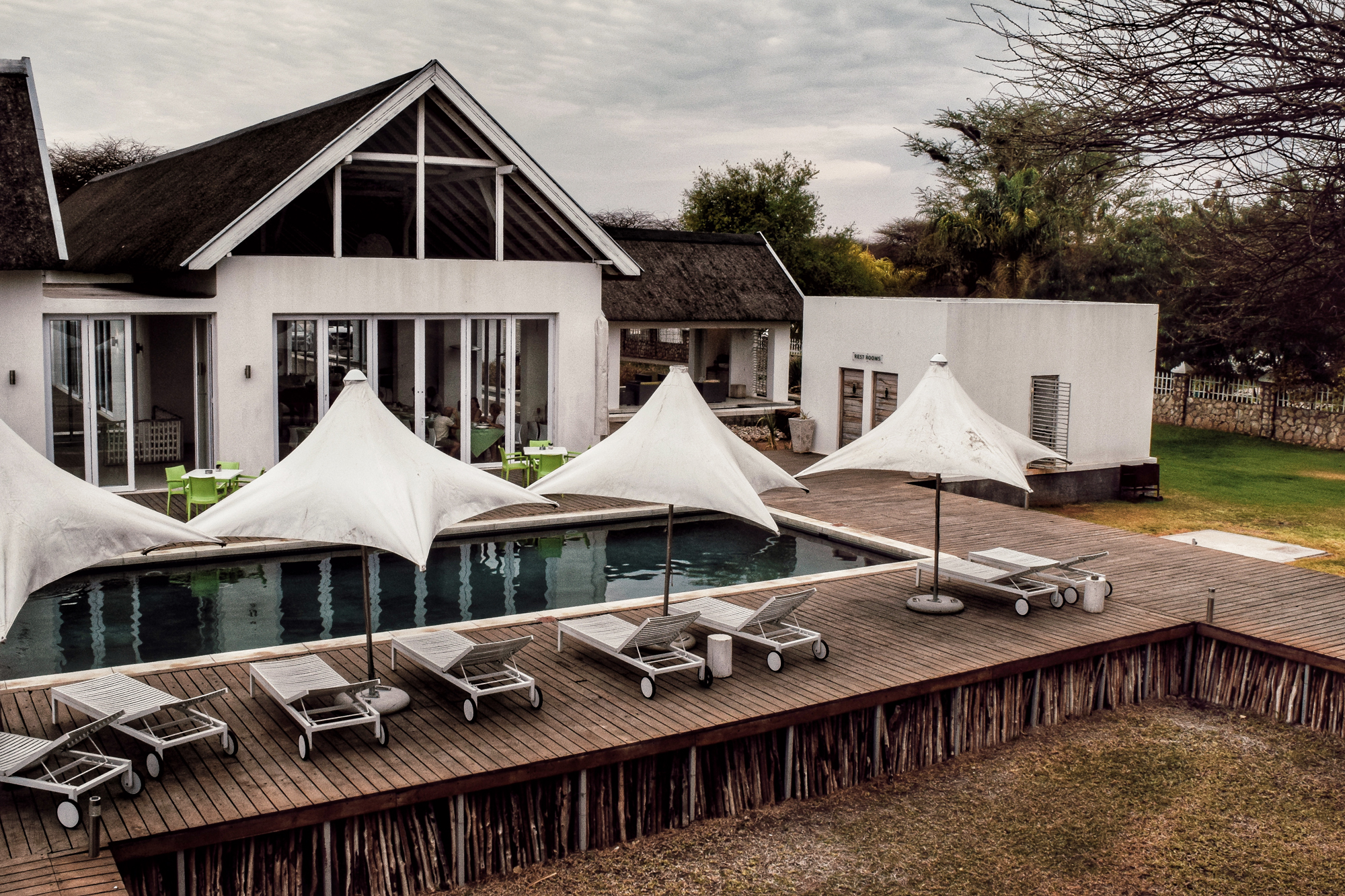 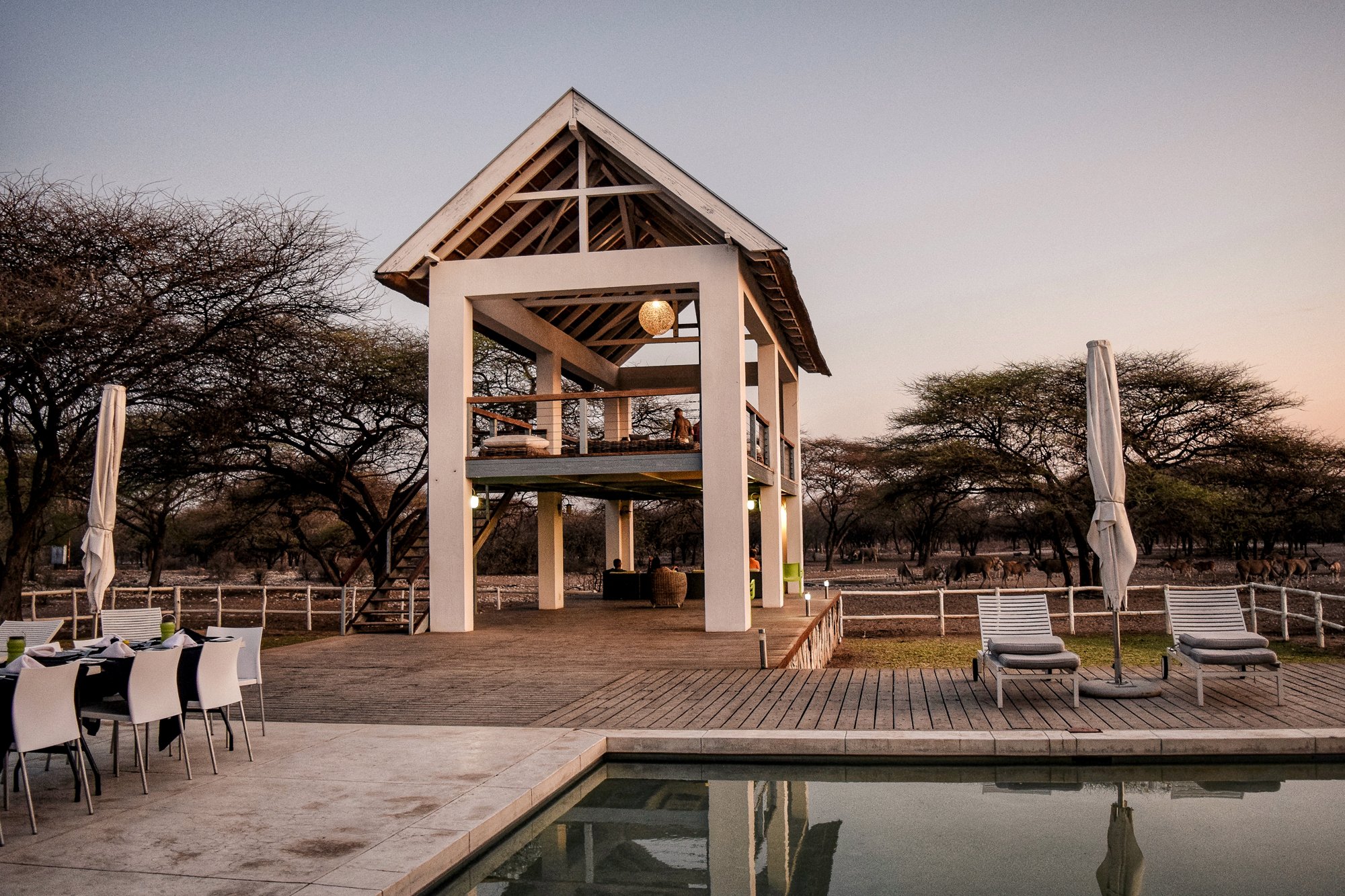 Camps and lodges are concentrated around the southern and eastern gates of Etosha. Etosha Village occupies a cosy corner of the southern side of the national park. The rooms are awash with near-neutral tones with modest fittings. At dinner, the freshly grilled steaks and stir fry are crowd-pleasers. Doubles start at N$1553 per person, including breakfast and dinner.

In the east, Onguma Bush Camp maintains the charms of old world southern Africa. Its fenced up grounds means child-friendly rules. Never miss a second of game-viewing as dinners and sunbeds are set in front of a massive waterhole. Tired of an all day drive in Etosha? Just kick back your safari boots at the pool while the wildlife comes to you. Doubles start at N$1530 per person for bed and breakfast.