Athens may be known as a city of ancient ruins, but a new wave of restaurants is bringing a modern take to traditional Greek fare. This is a city where most of its people head out of their house for food – dining out is an everyday affair. We stumbled into a few good eats amidst the chaotic streets.

Where: Ifestou 2, Athina 105 55, Greece
What: Chicken rump and steak with halloumi
For: A view of the Acropolis

360 Athens Cocktail Bar joins the list of restaurants in Athens with a view of the Acropolis. The restaurant has both an indoor and outdoor area, but book in advance for a seat on the rooftop, where the best views from the restaurant are found. The food menu is a little Greek, a little European and a little American – so there’s something for everyone. Take your pick of cocktails from the drinks menu, each bearing a whimsical name such as Sweet Melony and The Perfect Lady.

Where: Sokratous 1, Athina 10552, Greece
What: Sudjuk sausages with eggs
For: Cured meats and cheeses

Meander past butcher shops in the alleys to Karamanlidika, where cured meats and cheeses are the stuff people talk about. Don’t be mistaken by its deli-esque storefront. Look for the waiter and you’ll get a seat in the back alley where the locals are found having cured meats with a glass of wine. Go straight for the specialties – fried sachanaki cheese, pastirma and sudjuk sausages. Some of these are served with a sunny side up egg in a pan. 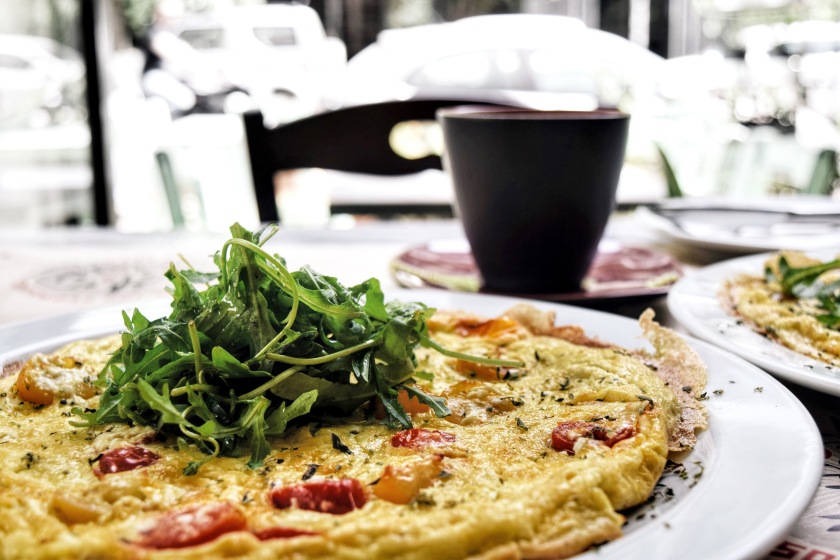 Where: Anastasiou Zinni 34, Athina 117 41, Greece
What: Casual joint
For: Bifteki

Things are kept casual at Fabrica tou Efrosinou. Just waltz into the café in the late morning, when lunch is not yet being served, and the chef might whip up an omelette with feta cheese. Bifteki (Greek burger), fries and veal chops are crowd favourites.

People head to Skoumbri for a seafood restaurant in Athens, where they serve a good range of seafood. Look for the trademark mackerel sign along the bustling Drakou street in Koukaki. The white and turquoise interiors is a fresh reminder of dining in the Greek islands. Seafood such as sardines, shrimps and octopus are served as mains, and you get the choice of having it grilled or fried.