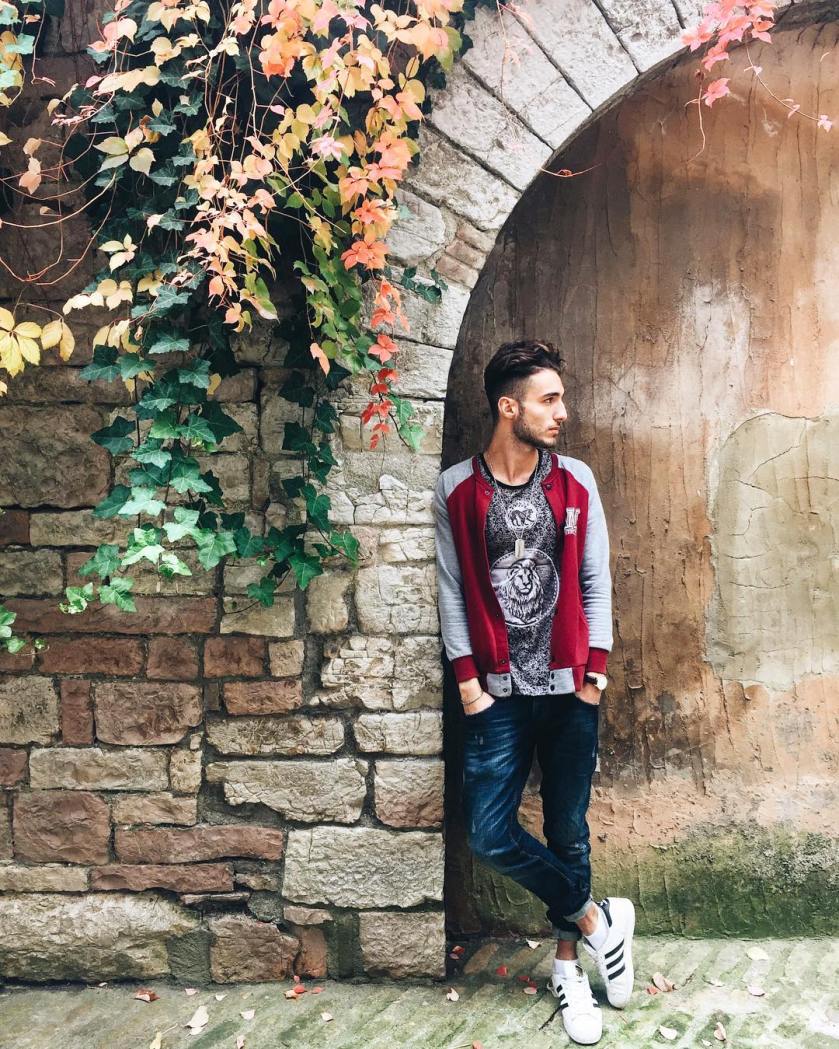 What should travellers know about Umbria before heading there?

Before coming to Umbria, you should know that it is the paradise of medieval villages. To enjoy it, equip yourself with sneakers and get ready for some good food!

What are some local dishes you feel travellers can’t leave Umbria without trying?

There are so many local dishes that you absolutely must taste in Umbria, such as cappelletti, which is a closed pasta stuffed with minced meat. It’s a delicacy! Also, do not miss the friccò di pollo con crescia, which is chicken in tomato sauce with bread.

What about your favourite restaurants?

One of my favourite restaurants is here in my city, Gubbio. I’m talking about the restaurant Contessa, where you can taste all the Umbrian specialties without spending too much.

Umbria is beautiful, but if you want to admire it in all its glory, you have to go up! I intend to go hiking in the mountains and enjoy the great valleys that contain several small villages.

What are your favourite hiking trails?

Gubbio is famous for having the largest Christmas tree in the world, which covers the whole of Mountain Ingino. You can find the best path right here. Once you reach the Basilica of Saint Ubaldo at the top of the mountain, you can take a path that will take you up to the fortress, located at the highest point of the mountain. In winter, the star of the tree is mounted there.

We heard that Umbria is famous for its wines. Where do you go for this?

My favourite place is located in the city of Gualdo Tadino, a few minutes from Gubbio. It’s called Vineria dei Re.

What about your favourite hilltop towns?

My favourite Umbrian town are the safe bets – Gubbio, Spello, Assisi, Perugia, and all the villages surrounding Lake Trasimeno. They are a wonder to behold! 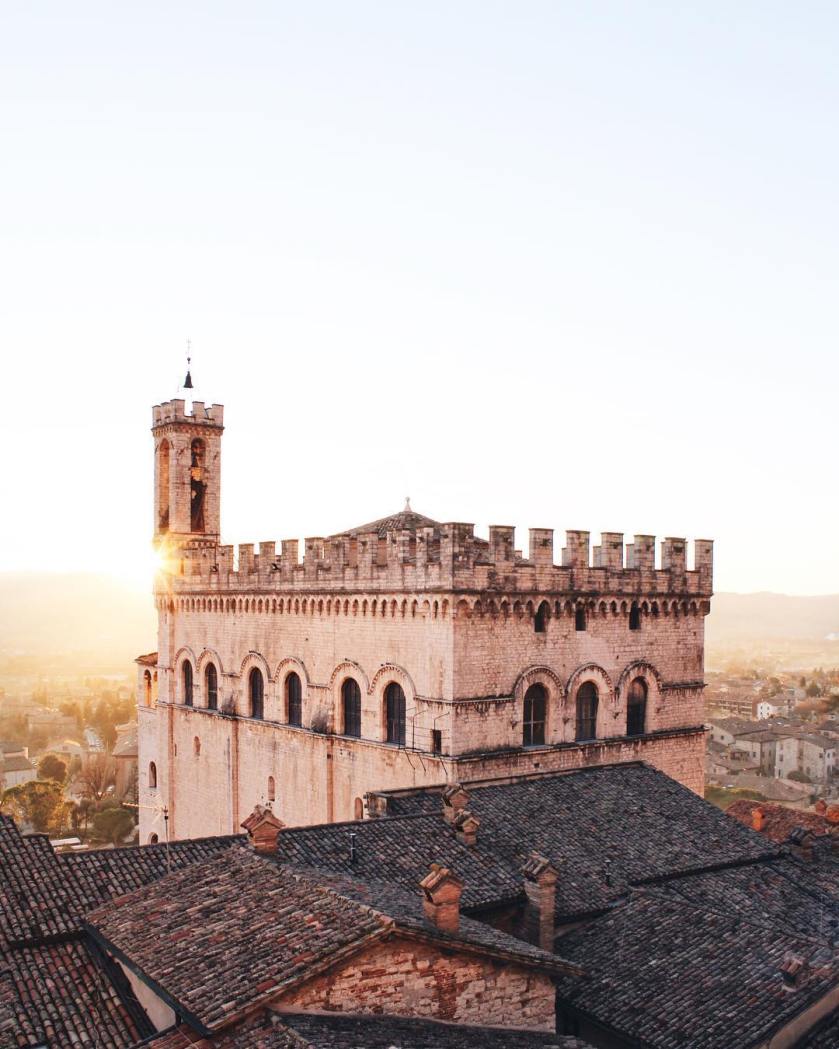 Umbria is often being compared to Tuscany. What are the biggest differences between these two regions?

They are compared because they are very similar. The biggest differences are the dialect, the food, but otherwise – they are very much alike. Maybe in Umbria, there are more medieval villages.

Where can we go to see your favourite view of Umbria?

I could never say where my favourite view is, because in Umbria, there are so many. I could tell you about the Carducci Gardens of Perugia, Spello’s alleys, the Church of San Francesco in Assisi, or the Palazzo dei Consoli in Gubbio. The views are wonderful in all these places. 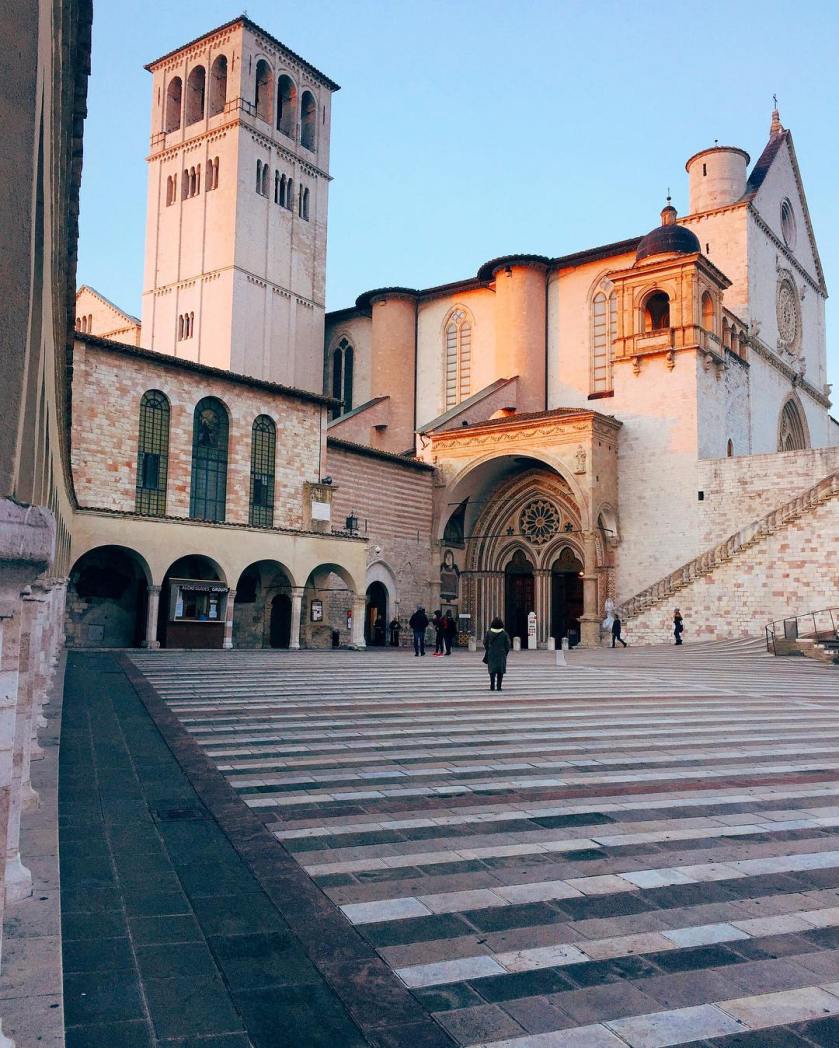 WHERE TO EAT IN UMBRIA

WHERE TO GO IN UMBRIA

For: The world’s largest Christmas tree

For: A view of Perugia

Where: Spello, 06038 Province of Perugia, Italy

For: A charming hilltop town