Ingrid Hofstra grew up mingling with nature in the sleepy region of Frisia in The Netherlands, before moving to a small town nearby Amsterdam. The Dutch food photographer and journalist tells us about the beauty of Begijnhof, a hip hangout where you can chill by the beach, and what is the Dutch equivalent of a bratwurst. 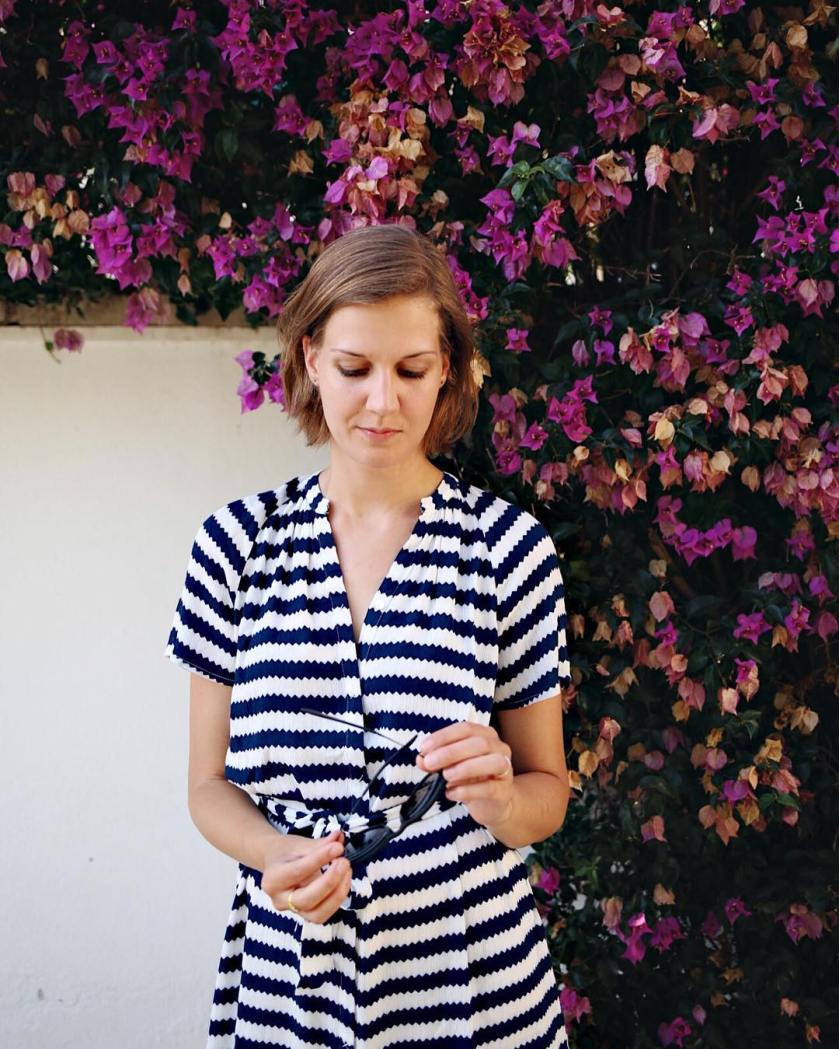 What’s Dutch culture to you?

Dutch culture is diverse, down to earth, and alive.

What do you feel defines Dutch cuisine?

I think Dutch cuisine is defined by the rich agriculture we have, which means we eat lots of potatoes, dairy, and vegetables. Because of the influx of immigrants we also have grown to love Moroccan food, Indonesian food, and Turkish food.

What is the one local dish you feel travellers can’t leave Amsterdam without trying?

People should never leave Amsterdam without having tried a frikandel speciaal. This is a sausage, a very unhealthy snack, but so good. The Germans have bratwurst. We have frikandel special.

Where do you love to eat in Amsterdam?

My favourite places in Amsterdam to eat are Vuurtoreneiland, Scandinavian Embassy, and Happyhappyjoyjoy.

The best kept secret of Amsterdam to me is a visit to the Begijnhof. Here, you can find some of the oldest houses in the city, and you can enjoy the sunshine while sitting in the grass without all the tourists around you. Also, if you feel lost in the city, take the ferry to Noord, a newer area of Amsterdam with lots of hip places like Pllek.

What would you recommend travellers do to experience Amsterdam as a local?

I would enjoy Amsterdam for 3 days max, then take the train and go to Utrecht or Rotterdam, or perhaps small towns in the north where I am from. Rent a bike and enjoy our countryside. Amsterdam is not The Netherlands; people sometimes tend to forget.

Where can we go to see your favourite view of The Netherlands?

My favorite view… Man that is a tough one! We don’t have mountains or extreme nature, though I love spending time on our islands such as Vlieland, seeing the sun set on the beach there.

Where in the world is your favourite destination when it comes to food?

Perhaps New York – it’s all there. Whatever you are looking for, they have it. I will never forget some of the food I had there, for instance the cereal milk soft serve at Milk Bar. Amazing!

WHERE TO EAT IN AMSTERDAM

For: Dining on an island

For: Coffee and brunch

WHERE TO GO IN AMSTERDAM

For: Some of Amsterdam’s oldest houses